Your website or API is going to be tested by our testing team.

We are going to provide a website speed testing assessment:

Overall, even if you have a website, a WordPress blog or you just want to check how your APIs behave, we’re going to provide valuable feedback regarding potential issues, things on how to improve them, hand-on advice on best practices at the moment on the web (client/server side). This will help you understand better how your application works, and how your users experience it.

Click here and checkout the Business Plan created specially for you, after you’ll try it one, you’ll never want to cancel. Check it now.

In this post we are going to present why minifying javascript files is important.
People believe that compressing (gzipping) JavaScript files should be enough and there is no need to minify JavaScript files.
This is a common mistake and below we present an explanation of what is involved in the process of minifying a file and why we should still do it even though we gzip our files.

What are the processes that happen when you minify a file ?

Standard deviation and percentiles are very helpful when comes to calculating the response times in a load test or a performance test.

Standard deviation is just like it sounds: the routine deviation around the average. Standard Deviation can then be used as a gauge of longer response times.

The standard deviation should be a low number, if your load test is consistent in load you want to see this number low because it means most response times are close in number.

If the Standard Deviation number is too low/high you can use it to identify a potential bottleneck in your web application or website.
The mean is the average, which can be pulled higher or lower by a cluster of extremely fast or slow responses being collected

The Median or the 50th Percentile is great but only accounts for what 50% of your users will experience. Would be better to check the 90th(95th) percentiles values, rather than mean, to ensure only those 10% wildcard calls are ‘missed’.
Typically, we’re only interested in the poor performers, so we pick a few top percentiles, like the 85th, 90th, 95th, and 99th.

Load testing is an iterative process. Once you find one issue, you need to re-run the load test and find the next! Here are some load testing tips on how to run your load test.

Today we are going to website speed test the landing pages of the most important car producers and sellers in the UK.

In terms of page load time the order would be:

In terms of the performance score (the score given based on compression of different types of resources, caching …) the order would be:

Seems that almost all of the sites have a lot ore to improve to achieve the score closer to 100. For this the section with the Advice from the LoadFocus platform gives a lot of hints on how to improve this. Improving the performance score will also improve the page load time of the pages measured.

The tests were run using the Website Speed Test functionality of the LoadFocus platform:

Enjoy. Make your sites perform better for your customers satisfaction.

When do you need to load test or measure the loading time of your application on localhost:

Below are the steps that will help test your application on localhost:

P.S.: Ngrok software will have an impact on the results of the test but is a good starting point until you will deploy your application on the production environment.

Schedule your tests inside Jenkins to monitor failures and application bottlenecks.

Results are present in the job’s result for each run: 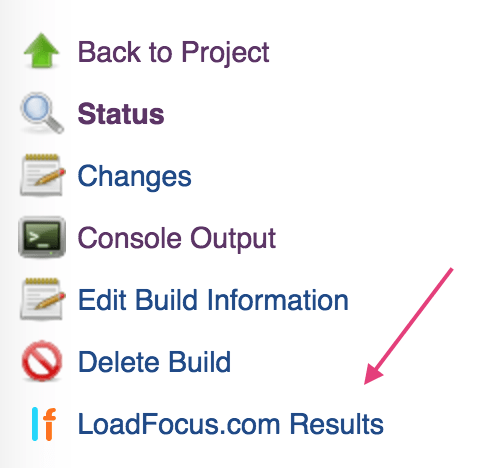 We’ve implemented the Header Presets functionality in order to save time and reused same set of headers for future load tests.

The steps on how to use the Header Presets are described below:

Use the headers for load testing websites or APIs with custom headers.

Hope this helps is making LoadFocus a better and easier load testing service and your choice for the load testing tool to use.