Get insights with modern charts and user experience metrics.
Test your website every hour & Compare with previous runs or competitors.
< 1 minute read

The Screenshot Comparison tool uses a headless browser to create screenshots of webpages on different environments and then creates a diff of the two images with the affected areas are highlighted in red.

2. Run a comparison task across them
3. Output a diff PNG file comparing the two images with the number of pixels that have changed.
4. If any screenshot’s diff is above the threshold you specified, the test Passes.
5. The failed screenshot will also be highlighted in the list. 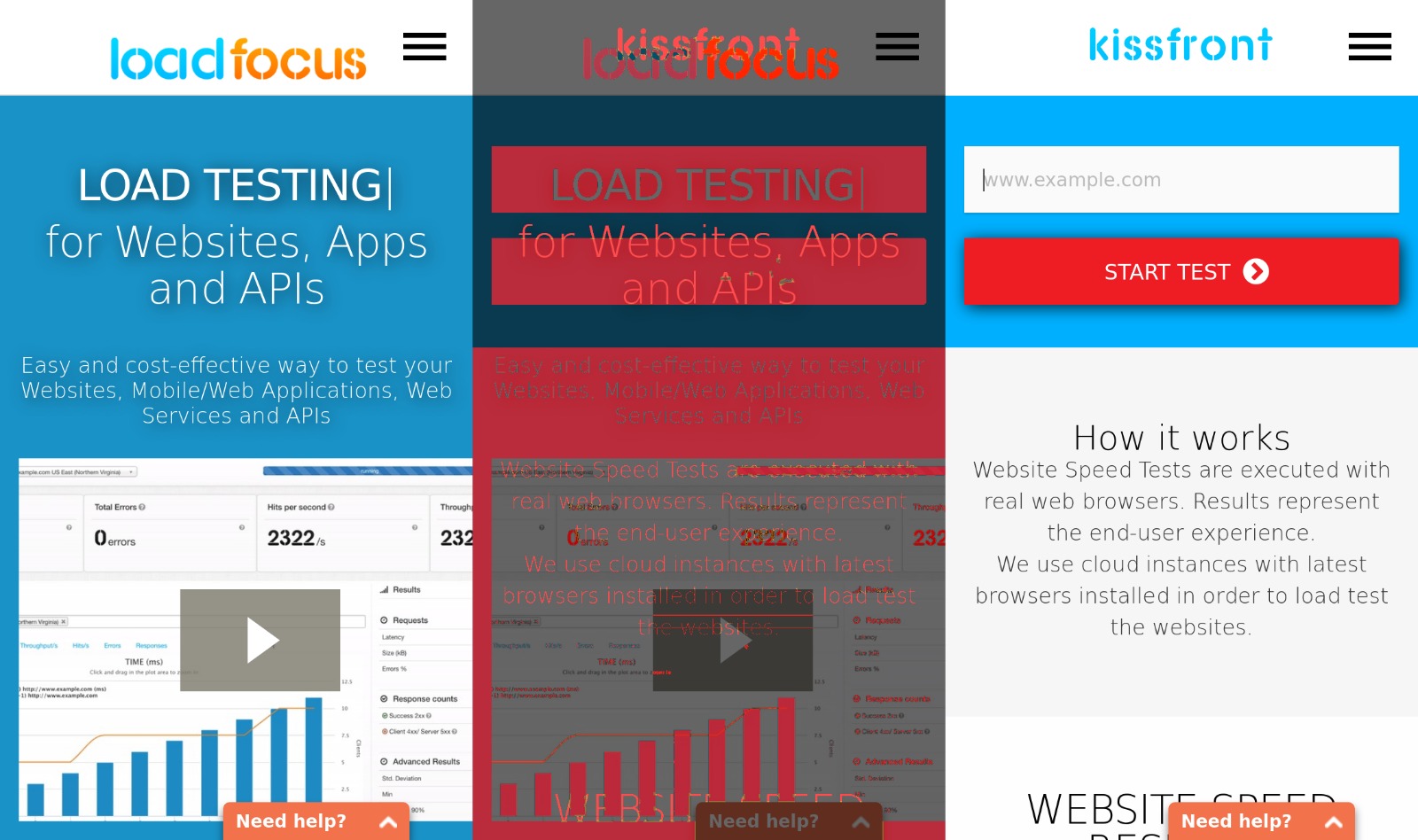 LoadFocus.com: Free Screenshot Comparison tool is useful to test responsive layouts since it’s very hard and time consuming to test all of a project’s screen elements at every breakpoint.

Visual regression allows you to make comparisons based on (pixel differences) between the baseline versions of the site and the version in development (comparing staging vs. production environments).